Robert Cornell, the youngest of 3 Cornell siblings, was born with Cerebra Palsy. He never walked, and his hands were turned and twisted. But his mind was brilliant and his spirit strong and filled with humor. As he grew he taught himself to draw and invented a host of characters to populate a world of his own creation. There is Mouse King, Hippo, Clancy, Pablo Pinz, and others. The works presented show some of his characters in various situations and environments. Robert was also a collector of toy trains and objects, which he kept at his desk, some of which will be on display. 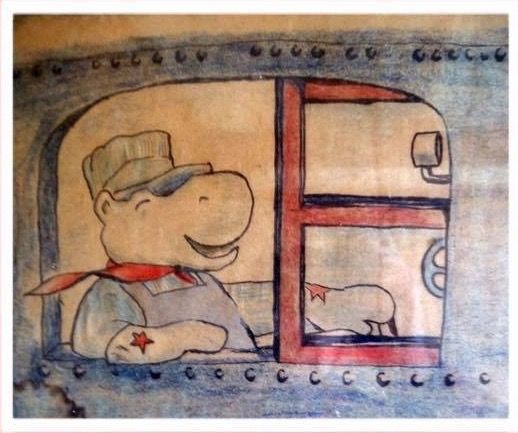